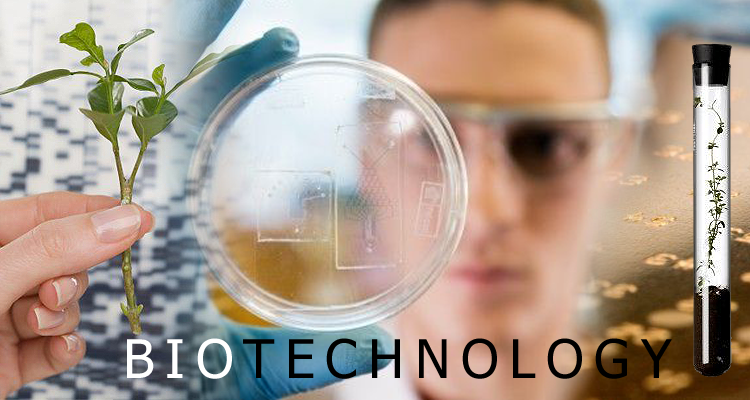 Why am I pro-GMO? The same reason I’m pro-science and pro-technology. I stand with reason and rationality, just as I stand to use science and technology as tools for creating a better tomorrow. With millions of people dying because of natural contamination, drought, floods, Vitamin A deficiencies, etc., to be as foolish to call for a global GMO ban would be to do everything I’ve stood against. Where there’s consensus of climate change, of evolution, of the Big Bang, etc., there’s scientific consensus – NOT political lobbying – that transgenic seed production is safe.

American Association for the Advancement of Science: “The science is quite clear: crop improvement by the modern molecular techniques of biotechnology is safe.” (http://bit.ly/11cR4sB)

American Medical Association: “There is no scientific justification for special labeling of genetically modified foods. Bioengineered foods have been consumed for close to 20 years, and during that time, no overt consequences on human health have been reported and/or substantiated in the peer-reviewed literature.” (http://bit.ly/1mQzeHJ)

World Health Organization: “No effects on human health have been shown as a result of the consumption of GM foods by the general population in the countries where they have been approved.” (http://bit.ly/18yzzVI)

National Academy of Sciences: “To date more than 98 million acres of genetically modified crops have been grown worldwide. No evidence of human health problems associated with the ingestion of these crops or resulting food products have been identified.” (http://bit.ly/13Cib0Y)

The Royal Society of Medicine: “Foods derived from GM crops have been consumed by hundreds of millions of people across the world for more than 15 years, with no reported ill effects (or legal cases related to human health), despite many of the consumers coming from that most litigious of countries, the USA.” (http://1.usa.gov/12huL7Z)

The European Commission: “The main conclusion to be drawn from the efforts of more than 130 research projects, covering a period of more than 25 years of research, and involving more than 500 independent research groups, is that biotechnology, and in particular GMOs, are no more risky than e.g. conventional plant breeding technologies.” (http://bit.ly/133BoZW)

American Council on Science and Health: “[W]ith the continuing accumulation of evidence of safety and efficiency, and the complete absence of any evidence of harm to the public or the environment, more and more consumers are becoming as comfortable with agricultural biotechnology as they are with medical biotechnology.” (http://bit.ly/12hvoyg)

American Dietetic Association: “It is the position of the American Dietetic Association that agricultural and food biotechnology techniques can enhance the quality, safety, nutritional value, and variety of food available for human consumption and increase the efficiency of food production, food processing, food distribution, and environmental and waste management.” (http://1.usa.gov/12hvWnE)

American Society for Cell Biology: “Far from presenting a threat to the public health, GM crops in many cases improve it. The ASCB vigorously supports research and development in the area of genetically engineered organisms, including the development of genetically modified (GM) crop plants.” (http://bit.ly/163sWdL)

American Society for Microbiology: “The ASM is not aware of any acceptable evidence that food produced with biotechnology and subject to FDA oversight constitutes high risk or is unsafe. We are sufficiently convinced to assure the public that plant varieties and products created with biotechnology have the potential of improved nutrition, better taste and longer shelf-life.” (http://bit.ly/13Cl2ak)

American Society of Plant Biologists: “The risks of unintended consequences of this type of gene transfer are comparable to the random mixing of genes that occurs during classical breeding… The ASPB believes strongly that, with continued responsible regulation and oversight, GE will bring many significant health and environmental benefits to the world and its people.” (http://bit.ly/13bLJiR)

International Seed Federation: “The development of GM crops has benefited farmers, consumers and the environment… Today, data shows that GM crops and foods are as safe as their conventional counterparts: millions of hectares worldwide have been cultivated with GM crops and billions of people have eaten GM foods without any documented harmful effect on human health or the environment.” (http://bit.ly/138rZLW)

Council for Agricultural Science and Technology: “Over the last decade, 8.5 million farmers have grown transgenic varieties of crops on more than 1 billion acres of farmland in 17 countries. These crops have been consumed by humans and animals in most countries. Transgenic crops on the market today are as safe to eat as their conventional counterparts, and likely more so given the greater regulatory scrutiny to which they are exposed.” (http://bit.ly/11cTKq9)

International Society of African Scientists: “Africa and the Caribbean cannot afford to be left further behind in acquiring the uses and benefits of this new agricultural revolution.” (http://bit.ly/14Fp1oK)

Society for In Vitro Biology: “The SIVB supports the current science-based approach for the evaluation and regulation of genetically engineered crops. The SIVB supports the need for easy public access to available information on the safety of genetically modified crop products. In addition, the SIVB feels that foods from genetically modified crops, which are determined to be substantially equivalent to those made from crops, do not require mandatory labeling.” (http://bit.ly/18yFDxo)

Consensus document on GMOs Safety (14 Italian scientific societies): “GMOs on the market today, having successfully passed all the tests and procedures necessary to authorization, are to be considered, on the basis of current knowledge, safe to use for human and animal consumption.” (http://bit.ly/166WHYZ)

Society of Toxicology: “Scientific analysis indicates that the process of GM food production is unlikely to lead to hazards of a different nature than those already familiar to toxicologists. The level of safety of current GM foods to consumers appears to be equivalent to that of traditional foods.” (http://bit.ly/13bOaSt)

French Academy of Science: “All criticisms against GMOs can be largely rejected on strictly scientific criteria.” (http://bit.ly/15Hm3wO)

Union of German Academies of Sciences and Humanities: “Food derived from GM plants approved in the EU and the US poses no risks greater than those from the corresponding conventional food. On the contrary, in some cases food from GM plants appears to be superior with respect to health.” (http://bit.ly/17ClMMF)

International Council for Science: “Currently available genetically modified crops – and foods derived from them – have been judged safe to eat, and the methods used to test them have been deemed appropriate.” (http://bit.ly/15Hn487)